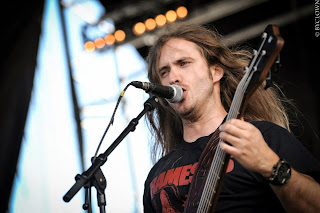 7) MOST ANTICIPATED ALBUMS OF 2014
- Swallowed
- While Heaven Wept
- Krypts

8) It was a really productive year for me as I was able to release two new albums in total: Funeralium “Deceived Idealism” in February and Ataraxie “L’être Et La Nausée” in September. That’s always frustrating to have your albums delayed again and again. Regarding gigs, I particularly enjoyed myself playing at Killtown Deathfest as I saw lot of cool bands and met some cool people there. As for other gigs in general, that was also nice to play again with Mournful Congregation, Mourning Beloveth, Ophis or Marche Funèbre as they now are long time doom comrades.
As for what happened in 2013 in our world, we were one more time overfed with sterile and nonsense debates. That’s what I call the culture of VOID! Media know too well how to manipulate the mass so as avoid REAL debates and help politicians to keep on getting more and more from us without facing any trouble. Anyway, don’t hope for any better things now… 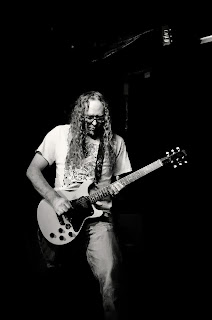 Best Live Performances
I saw some amazing shows this year and it's tough to pick the best, but I think I would have to say that one night - April 20th at Roadburn - will always be a memorable one for me.  I saw High on Fire sound better and rock harder than I've ever heard them sound before and I also got to see Elder absolutely destroy as well.  In addition to the great performances by the bands, the vibe at Roadburn with the crowd and fans was a transcendent experience for me.   Awesome, awesome experience that I'm thrilled to have been a part of.
The other absolutely epic show I saw this year was Sleep in Denton, Texas.

Personal Thoughts about 2013
2013 was a great year for me.  We did our first European tour and got to be a part of both Roadburn and Desertfest London, which were among the coolest shows I've ever gotten to play.  I also saw so many great performances and got to see some of my favorite bands live that I thought I may never get to see.  Some of the kick ass sets that I saw this year were Sleep, Orange Goblin, Church of Misery (who finally made it to Dallas), Ufomammut (at Desertfest),  Egypt, Kadaver,  Lowrider, Saint Vitus, Ape Machine, Freedom Hawk, Dark Earth, Black Pussy.... So many great bands, so many great shows.


2013 also was a landmark year for me because myself and Michael and Tim from Wo Fat bought the studio that I have worked at for many years and that all of the Wo Fat albums were recorded at. 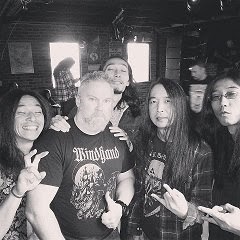 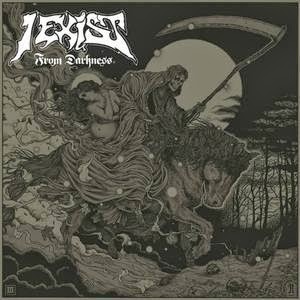 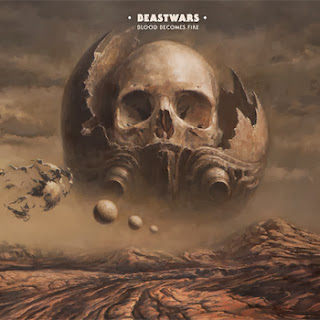 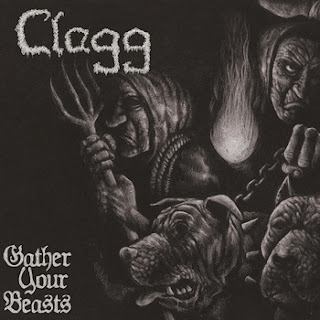 6) BEST OVERLOOKED ALBUM OF 2012
For me that’s the “Dale” EP by Aleph Null which came out in January of 2012 – seriously overlooked and far better than a lot of the full length albums released last year. This didn’t miss my attention in 2012, but given how great it is the lack of attention it received was criminal!

8) This year in Australia – seeing live shows from  Sleep, Church of Misery, St Vitus, Kadavar, Blues Pills, Kingdom of Sorrow, Red Fang, Orange Goblin, Vista Chino,  along with some seeing some amazing Australian bands in Child and Horsehunter take shape (these bands will have some impressive albums out in 2014!), a new album from Clagg was a highlight also.

Hoping to hear some new tracks from Yob and Crowbar at Roadburn, and Elder at Desertfest Berlin as well as getting to see all three of these bands live for the very first time. Cannot wait to meet Windhand and see them live at Roadburn and Heavy Days in Doomtown. And am very much hoping to see the amazing Aleph Null perform live at some point during April when I’m in Europe. 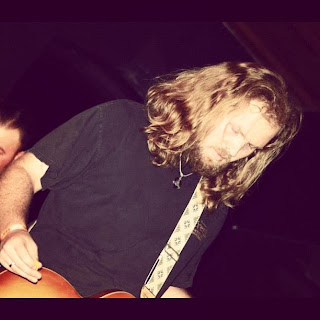 8) Being able to jam with some amazing musicians during the year. A frieght train of killer times and tunes. 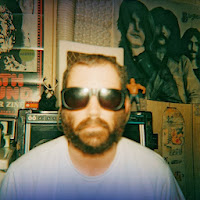 3)BEST LIVE PERFORMANCES OF 2013
In no order:
Killing Joke The Musical Box Goblin
Vektor Toss-up between The Zombies or The Monkees
4)BEST ALBUM COVERS OF 2013
In no order:
Circus Devils – When Machines Attack G
uided by Voices – English Little League
I want to say Ice Dragon – Born a Heavy Morning but instead I’ll go with: Realmbuilder – Blue Flame Cavalry (though I haven’t heard the album yet) 5)

5)BEST SONGS OF 2013
Wouldn’t know where to begin. I hardly ever pay attention to the names of songs so I wouldn't be able to tell you anyway.
6) BEST OVERLOOKED ALBUM OF 2012
I’m still discovering stuff from the ‘60s and ‘70s; I’ll get to 2012 in fifty years.
7) MOST ANTICIPATED ALBUMS OF 2014
In no order:
Guided by Voices – Motivational Jumpsuit
Guided by Voices – Cool Planet
Whatever else Robert Pollard puts out

8) I feel good about the music we made this past year, as Ice Dragon and in our other guises. I look forward to recording more music in the coming year. 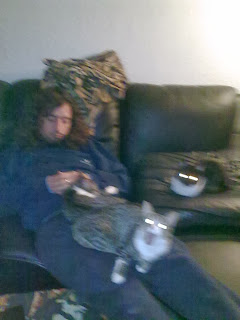 BEST LIVE PERFORMANCES OF 2013
I couldn’t attend barely any show this year. Budget’s tight and I chose to invest most of my money on the label.

BEST SONG OF 2013
SHADOW OF THE TORTURER - Indianapolis/Ukiah

MOST ANTICIPATED ALBUMS OF 2014
The new TRIPTYKON and the debut full-length by SWALLOWED.
8) It was a pretty rad year labelwise, with great releases such as
Uncoffined, Symptom, Solothus and Chalice Of Doom that I didn’t mention on the “best albums of 2013” list out of a -most probably- stupid sense of modesty. Ahem. And regarding 2014, I just can’t fucking wait. We’ll be putting out more releases than ever before and I’m really anticipating them all. 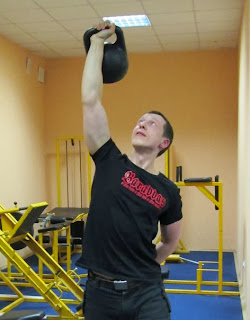 3) BEST LIVE PERFORMANCES OF 2013
-The Moon Mistress and Talbot gig in Saint-Petersburg. Even though I don’t remember a half of that evening.

6) BEST OVERLOOKED ALBUM OF 2012
-Realmbuilder “Fortifications of the Pale Architect” (it was re-released by I Hate Records in 2012, so it counts)

8) On a more personal point of view, please give us your own appreciations about this year and - if there’s any particular - your expectations for 2014?
There was enough of doom in 2013 and there will be even more in 2014 as well there’re always a damned lot of opportunities to find perfect balance and harmony. Ohm shanti ohm. 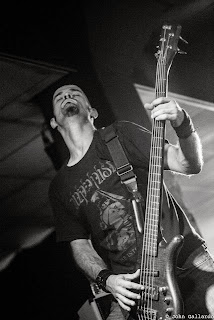 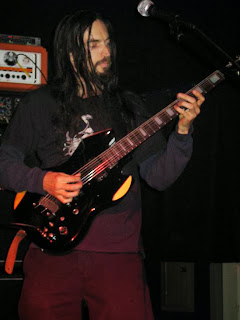 My favorites for 2013
Albums
1. Black Sabbath -13
2. Cathedral- The Last Spire
3. Goatess- Goatess
4. Age Of Taurus- Desperate Souls Of Tortured Times
5.Uncle Acid and the Deadbeats- Mind Control
6. Curse The Sun- Psychache
7. Clamfight- I Versus the Glacier
8. Devil To Pay- Fate Is Your Muse
9. Weed Is Weed- Blunt Force Trauma
10. Admiral Browning- Give No Quarter