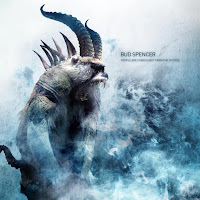 This could be considered as a new chapter of the French Doomed interviews-serie, the fifth then... (check out the last one published with Valve and Zardoz - here - and get the links to the 3 first ones at the same time !); I just changed a bit the wording of the post as this time we deal here only with SLUDGE bands !!!

With BUD SPENCER (instrumental and progressist from Nancy), LOVE SEX MACHINE (erotico- satanist from Lille) and THE PLEDGE OF CAIN (crawling and crushing from Strasbourg), we've got here 3 good examples of the quality and variety of SLUDGE in France... let them reveal you infos on their heavy sounds through a little presentation of each one with respectively Alex, Yves and Renaud :


1) Could you please present your band ?

3) What have been the most significant events that happened to the band since the beginning of the year ?

1) We're a  three piece instrumental « progressive metal sludge » band from France, formed in 2007 by Vince et Clem (ex-Shall Not Kill).  We released our first demo during summer 2008, originally played with a second guitarist, Mike, and we made vocals all together.
In 2009, after the departure of Mike, we decided to play instrumental, to focus on the music and to have a more intensive and efficient sound.  After accumulating gigs, our sound progressed towards a more aggressive and progressive style.
In March 2011, we entered in studio to record our first album : "People are curious but from the outside".


2) Slow music is in progression in France.
There are some interesting bands (projects) close to our home :
- The Austrasian Goat : a kind of black funeral-doom, very productive http://www.theaustrasiangoat.com/
- Doomsisters : some friends who mix fast and slow with dirty sound: perfect!http://www.vosgianforce.net/doomsisters/disco.php
and in France :
- Marylin Rambo http://marylin-rambo.over-blog.com/ they made some really good albums with a DIY spirit that I like
- Goudron from Nantes http://electricjunkrecords.bandcamp.com/album/goudron-st-10inch . These 2 guys played in a really nice band : Puanteur Crack http://www.myspace.com/puanteurcrack
Recently, I had a good surprise with Crown too http://crownritual.bandcamp.com/
I look forward to see them on stage... 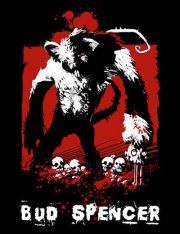 3) Well, this is the release of our first album "People are curious but from the outside"!
It took over a year to finish it. We recorded everything at home, we took our time and tried many things.  We invited Barclo from http://thirteendeadtrees.bandcamp.com/ and Oliwax from http://nodrumnomoog.bandcamp.com/ to played lapsteel and minimoog.
I made the mix and it was mastered by ArnoS, our friend (Vince and Clem recorded many songs with him for their previous band : Shall not Kill and I worked with him for my other band Guguaixingqiu http://www.myspace.com/guguaixingqiu)

500 LPs are available, thanx to Acid Folik - Amertume - Truies, Porcs et Marcassins - No Way - Cal of Ror - Nuclear Gaichal Records and Le Sourd Records (my label).
You can order it at http://www.budspencer.fr.st/

4) Due to busy schedules, our next gigs will be in December.  And then we'll try to organise a tour in 2013 to promote our album.
We have enough songs to release a second album so we will prepare it too...  Don't hesitate to throw an ear on our LP and give us your opinion; thank you. 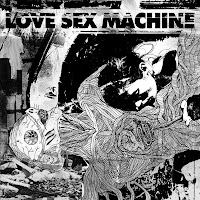 1) Love Sex Machine is a three piece band funded in 2008 (or maybe 2009, can't remember). We’re not using bass guitars which is unusual I think for this kind of music and we’re expert in one stringed guitars.

2)  I think there’s a lot of good bands. We had the pleasure to play with Verdun and Huata which are both awesome in my opinion.


3) A lot of good stuff happened for us this year. I’d say the release of our first album on physical support through Throatruiner rds.

4)  We will probably start to record new stuff. You can expect a string tuned even lower.

1) We are The Pledge Of Cain, most usually called T.P.O.C.
We created the band in 2005, in a terribly boring place : Sélestat, between Strasbourg and Colmar, and started as a trio, with MerkO))) (bass), and TibO))) (drums). Since the beginning, a few other guys joined and left. It has always been difficult. Perhaps because we're extremely demanding persons, and always felt that need to reach our own limits. So, extremely demanding with ourselves, first of all; and then, with those who want(ed) to take part as well… Until our first full length album " We… Martyrs ". But now, The Pledge Of Cain is a 5 pieces. We rehearse in Strasbourg for different reasons. The line-up is totally different, but be sure that our ambitions are still the same.
2) In 2012 ? The french scene has never felt so good. There's a lot of brand new bands that kick it seriously. Everybody around the whole world heard about the french scene, especially since Monarch!, but now we can count on a few other names. I'd probably bet on our friends from CROWN who are amazing guys and musicians, Wheelfall from Nancy as well, their new release is fucking abrasive, and other cool bands as Karcavul, Verdun and many more ! About the forthcoming releases, I'm really curious to have a listen on the new Funeralium, and Cult Of Occult.

3) Wow. Difficult. I mean it has been a really, really difficult year. We had many line-up changes. After an amazing party with The Wounded Kings, (and Wheelfall), we were about to stop everything. Some of us wanted to play faster, the others the total opposite. Some of us wanted to introduce powerviolence, chaotic or southern soundscapes (which would have been totally ridiculous in TPOC), but the others, including me, wanted to keep it as slow and fucked-up as we could. I mean playing some "real" TPOC. Which supposedly means keeping it as unbearable as we can, and keeping on experimenting ! After all those shit, the only ones left were MerkO))) and me. We were quite pessimistic. So the most significant event must be our rebirth. And especially, meeting our new noise-partners, who are amazing people, with ideas… and almost as demanding as we are.

4) Definitely YES. We finished a few new songs and should be able to record something soon or sooner. I can tell you guys that one of these tracks will be posted before the end of the year. And if you are curious, or want a clue, I think that you should prepare for something really crawling and crushing. If I had to tag it, I'd say that it sounds like Burning Witch, Toadliquor, ASVA, Gnaw, and the early Swans !
By the way, see you in 2013 when we're back on stage to spread noises and whiskies again ;)

(all TPOC material is downloadable for FREE from their bandcamp page -ep, full length + live albums !-)
Posted by STEPHLS