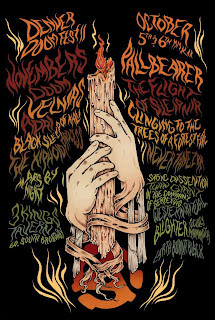 After the initial skull-crushing intensity that was the opening night of the second annual Denver Doom Fest and despite Saturday’s upcoming impressive lineup, the second night had much to live up to. Again, the weather was dreary, cold, and it perfectly heralded the second night of doomed-out metal for the chosen few in attendance.

As for attendance, like the previous night, it was another slow build. With each subsequent band’s performance another handful of initiates would filter into 3 Kings Tavern and things didn’t really pick up until In the Company of Serpents hit the stage. Even at the fest’s height the turnout should have been greater considering the talent at hand. Still, I don’t think anyone was disappointed by the bands, the enthusiastic crowd, or the venue itself.

Despite my best intentions I wasn't able to catch the first couple of bands and instead used that time to partially recover from the first night by getting my head straight. 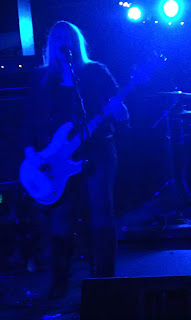 Denver doom-infused rock trio Western Ritual put on another fantastic show. I had been looking forward to seeing this group since catching them play a show with In the Company of Serpents. Their songs fluidly ebb and flow between downer rock and doom. What really separates this band from the herd is the vocals of Amy Davis who can just as easily enchant a crowd with her sultry voice or chill them with her wails.
:TWiNGiANT:

Stoner-sludge titans :TWiNGiANT: made the pilgrimage from Phoenix, Arizona to take part in the Doom Fest. I first got turned on to these guys through Doommantia.com and was really anticipating their set. They did not disappoint. Heft and density is :TWiNGiANT:’s stock-in-trade with an affinity for trippy guitar leads and ogre-like vocals. The band avoids some of the monotony that is often associated with stoner metal by keeping things interesting with tempo changes and a healthy dose of feedback and noise. 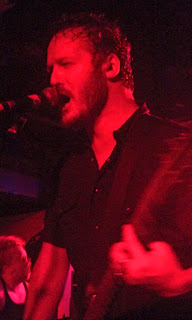 In the Company of Serpents 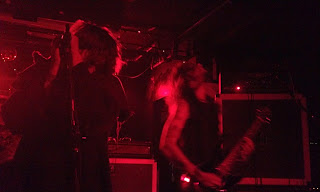 Blackened doom metal disciples Stoic Dissention hit the stage with full theatrics on display. Much of the band was garbed in hooded cloaks and their faces and arms blackened with paint giving the appearance of being covered in soot. Gimmicks aside, the band effectively lumbered through a heavily atmospheric set that was both grim and melancholy. Superbly haunting. 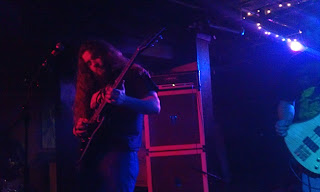 Hailing from Salt Lake City, Utah, Nevertanezra made the voyage to Denver for their first performance outside of their home state and the journey was well worth it. Their brand of progressive death-inflected doom metal flat out destroyed and the crowd was onboard. Hopefully this initial excursion outside of Utah will open the door for more gigs…particularly in Denver.

Clinging to the Trees of a Forest Fire 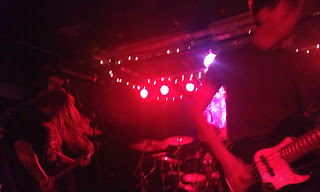 Total fucking aural assault. That’s the mission of Clinging to the Trees of a Forest Fire in a nutshell. I’m not going to lie, but grindcore isn’t really my thing. Still, I can appreciate the unholy noise that the trio unleashed on the crowd. Speaking of which, the band seemed to have an impressively large and enthusiastic fan base that would remain unrivalled for the remainder of the night. 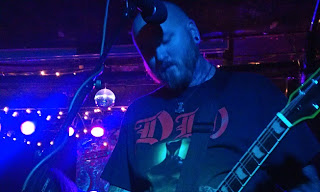 The Flight of Sleipnir  played an impressively tight set and their studio output translated well to the live setting. Clayton Cushman’s harsh vocals—arguably some of the best of this style in the game—sounded as if they had been lifted straight from the studio tracks and layered over the majesty of their live performance. The folk inspired elements of TFoS’s live songs were not as prominent as their studio equivalents, instead effectively trading the sublime for heft while retaining their mysticism. One of my favorite sets of the night…
Pallbearer 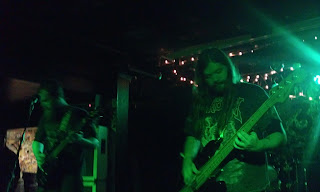 With all of the exceptional local talent onboard for this year’s Doom Fest, Pallbearer’s appearance was really just an added bonus. As of right now, Pallbearer’s ‘Sorrow and Extinction’ is firmly entrenched in my top ten list of the year’s best and I was interested to see how their live material stacked up. As it turns out it stands up pretty damn well. The songs were just as heavy and epic as on the album.


If you haven't read yet the report of NIGHT 1 , follow this link :
http://templeofperdition.blogspot.fr/2012/10/live-report-denver-doom-fest-night-1.html
Posted by Unknown