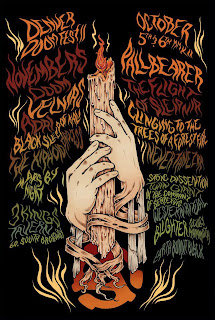 The first snowfall of the season appropriately divined the opening night of the second annual Denver Doom Fest. Though the snow had melted by the time the festival kicked off, the night was one of the coolest of the season and it was accompanied by a misting rain that made the subsequent walk to Three Kings Tavern the perfect stroll for a night of doom-infused metal. While night two of the fest arguably is the bigger draw due to upcoming performances of more established acts, the opening night was certainly not short of talent. As the night progressed so did the number of fans eager for an evening of metal. It’s hard to imagine that any fans of the heavy could possibly be disappointed by the evening’s lineup which possessed enough diversity to appeal to almost any fan’s preference.

I can’t think of a better band to kick of the festival. I was fortunate enough to catch this trio a few weeks ago when they opened for Western Ritual and In the Company of Serpents (both of whom will be playing the second night of the fest). The band is extremely tight and their brand of spaced-out, jam-band doom channels some of the best of Sleep and Earthless. 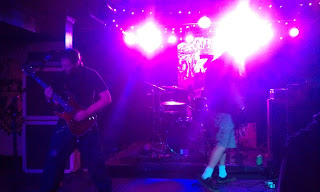 The Xiphoid Process straight up kicked ass with their malevolent mix of groove- laden death doom. Some might argue, but The Xiphoid Process featured some of the best death vocals of the night. Their set was hypnotic, heavy, and kickass. 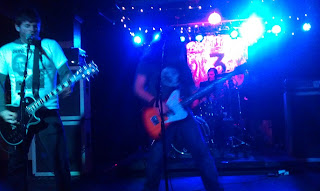 With the most energetic set of the night, Black Sleep of Kali totally crushed it. The band perfectly executed their brand of frenzied, up-tempo sludge without missing a beat. Hearing these guys play live totally eclipses any of their recorded output. 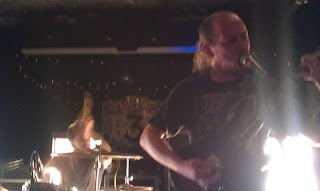 Whether you call is post-metal, atmospheric sludge, or any other genre narrowing name, Adai were the band of the night. This pedal-hopping drum and guitar duo unleashed an atmospheric onslaught that could make four and five piece bands sound thin. These guys flat-out delivered.

Velnias
In my opinion Adai were a tough act to follow, but Velnias was up to the task with their moody, blackened doom. Rather than match Adai’s energy, Velnias proceeded to counter that energy with subdued intensity and the crowd was into it. Velnias’ set had an epic quality that none of the previous bands came close to achieving. 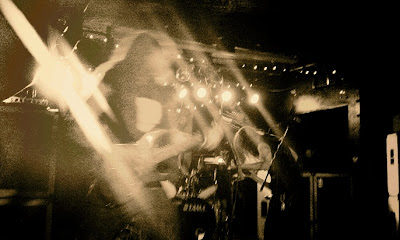 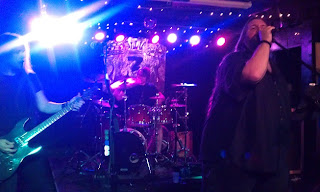 Closing out the night was Novembers Doom, the first act not native to Colorado. While I’m not the biggest admirer of the band, I can’t deny that these seasoned performers know how to play. They were extremely tight-knit, and while they may have not necessarily won me over, I definitely have a new appreciation for what they do.