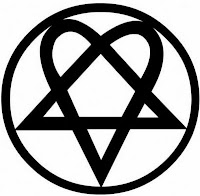 Here's the 2nd episode of the interviews-serie "WIVES ov DOOM"... Of course, I won't do an introduction each time, so if you have NOT read yet  the 1st chapter that explained   why I wanted to let speak wives/girlfriends of people deeply invested in one way or another in the scene, here's the LINK...

Now, let's go with the shared feelings of Sarah, Soph and Sam,  huge thanx to them ! Of course questions are the same, but, as you'll see, answers can be pretty much different from one woman to the other...

1) I wanted to know which are your feelings towards the passion of Mister for Doom and Heavy musics in general... Could they be slow and gloomy or fast and brutal, how do you enjoy these weird sounds ? Do you sometimes take vengeance and play crappy Pop stuff just to piss him off ?

2) Are you proud of what he's doing with his band/blog/Radioshow ?!! Do you think this is more rewarding to play in a respected but underground Doom band than playing shit in a wellknown band ? Do you think playing Doom is necessay to his equilibrium and maybe that only this kind of music can bring him what he needs or is looking for ?

3) Does he still have enough time for both houseworks and cuddles, or sometimes there's difficult choice to make between both ?!

4) When he's listening music with headphones, computering on the net, practising with his band, playing gigs far away... do you feel alone quickly or is it an opportunity for you to meet friends/parents, make some things you enjoy but can't do together, etc... ?

Sarah (Girlfriend of Pierre from ATOLAH) 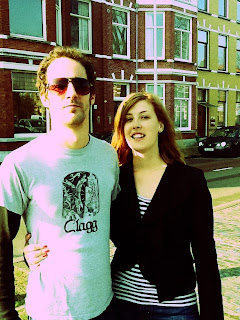 1) I think Pierre knows that although I am supportive of his musical endeavours, I have never really appreciated the genre much in general! I think the weirdest thing for me is when he sings bass lines in the shower or gets a drum beat stuck in his head and taps it out on EVERYTHING! So yes, I definitely take my revenge with some pretty crappy pop whenever I can, to inject some melody into our lives!

2) I am very proud of Atolah's musical achievements! They have developed a pretty good (albeit small) cult following and I think they enjoy the respect of their Doom and Heavy peers! I think the whole band would prefer to be respected as musicians and songwriters than to have a shitty top 5 hit. Plus it is much easier to be supportive of weekends away jamming or recording when the motivation comes from the joy of playing and seeing what that means to him (even if I don't quite understand it!)

I definitely think that Pierre gets something from his music that nothing else can give him. It must speak to him somehow, but since you are asking this question, I guess it speaks to a lot of people.

3) Ha! Despite his attempts to cultivate his Doom Rock image, Pierre is pretty whipped! So actually as much as I am tempted, I can't really complain on this front! Even though I have been stood up on Valentine's Day a couple of times so that he could go jam!

4) Sometimes it can be isolating when he wants to go into his music world - but I agree it is a good opportunity for me to spend time on my hobbies and with my friends, family etc, - so I never feel too neglected! I think he strikes a pretty good balance.


Soph (Wife of Dave from ALUNAH, also member of the band as vocalist/guitarist) 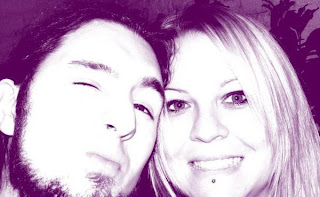 1) For those that may not know I'm married to Dave the guitarist in Alunah, the band which I also sing and play guitar in, so luckily we are on a par music taste wise. However, saying that, there are a lot of bands which we strongly disagree on. For instance, Dave listens to a lot of thrash, grind and nwobhm which I can really do without. As well as doom, stoner, sludge etc I listen to more '60s psychedelia, motown and folk. I live for the melody in music whereas he lives for the riff, so we do have a lot of friendly disagreements on what bands are awesome... mainly him informing me that Iron Maiden are unbelievably amazing and me informing him they're shit! The majority of music we listen to we both love, we've been together for 13 years and have been married for just 4 months - I don't think I could have lasted that long with someone who didn't share my musical tastes. Neither of us will ever back down on the Iron Maiden front! If I ever wanted to piss him off all I've got to do is put Big Elf, Ghost or Ray Lamontagne on the stereo... all big loves of mine, he doesn't share my view!

2) I know for a fact that Dave would not play music that he didn't enjoy playing, regardless of the fame or the money. He's been in bands since he was 16, all very different styles which reflect his tastes at the time. He's got such diverse tastes that its not just about the doom, its about playing whatever he enjoys. His last 3 bands Sonic Lord, Godsize and Alunah all have doom elements but each one totally different. I'm proud of Dave for many things but music wise, a couple of years into our relationship Dave started a sludge band in Birmingham called Sonic Lord. I was in my late teens when they started gigging with such bands as Khang, Sloth, Mistress etc. I used to love seeing him up there on the stage playing with bands I loved... plus, if I'm honest I was also jealous as it was something I'd loved to have done. We actually met Jake, Alunah's drummer at a Sonic Lord gig, his girlfriend Liv and him were always cropping up at Sonic Lord shows. Unfortunately Sonic Lord split up a few years back but we're still selling vinyls now.
Dave was also in Godsize who split up last year. When they went on their first big tour I was so proud and again, jealous! The tour was with Freebase in Metallica's 1999 tour bus! I've only heard half of what went on during that tour, and I think that's all I want to know! Being 20 years old and watching your boyfriend's band sell out venues was pretty special. I'm hoping that with our achievements over the past 6 years with Alunah, and me overcoming my absolute fear of singing, has made him proud.

3)  We try to make time for each other, both of us work full time, are busy with Alunah, run Catacomb Records and each have a million other projects going on. We don't live in each others pockets, we don't demand to know where the other one is every minute of the day or night and have the utmost respect and trust for each other. Dave's a lot better at cuddles than he is at housework... saying that though I reckon I am too! We've got a very 1950s outlook... I do the baking and he fixes my car! He is pretty good at washing up and cleaning the bathroom though!

4) Its not something I really notice that much as we're both really busy. When he's not on his guitar or fixing up a car, he's building computers or on the computer researching his latest project but that's what I love about him. Who wants an unmotivated couch potato who up to date on all the latest television? If there's ever a time when I want to take a break from my things and he's busy, I have family, friends and Johnny Depp films to keep me occupied! 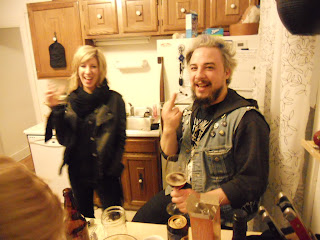 1) Mister doom’s passion and ambition are awe inspiring. He keeps me on my toes and I often feel I have to keep up with him with my own creative endeavors. I consider the “weird sounds” normal and enjoy a very eclectic musical variety. I love angry music, but also play a lot of gay music like The Smiths, etc. He makes fun of me a lot for that.

2) We are both very unconventional people and somewhat pretentious. I have never liked the idea of making art with the thought of profiting from it. I don’t value mainstream music as much for that reason and respect Mister doom’s integrity whole heartedly.

4) Currently we don’t have the internet at home and haven’t for quite some time, but I think this will change soon. The only reason being so we can listen to sick podcasts and watch porn. We have a place in our house called “the cave”. He spends a hell of a lot of time down there, but he makes time for kitchen talks and Star Trek. His band schedule certainly does not dictate my social life. I’m his number one fan and I’m front and center at every show. Also mediator/driver… Mister doom has a tendency to get rowdy.
Posted by Unknown