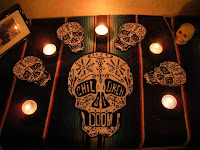 Here the 3rd part of the mini interviews-serie wtih French bands : this time the same questions have been asked to Ben from CHILDREN OF DOOM (Doom n' roll - from the area of Lille), Christophe from GOAT RIVER (Stoner - Toulouse) and S. from FATHER MERRIN (Doom from the area of Metz)... Once again, three very different sounds with a major common point : quality... make your opinion and support them !!!
This will be the last chapter of the season... hope you enjoyed this serie ;)


1) How's the french doom/stoner/sludge scene like to your opinion in 2012 ?
2) What have been the most significant events that happened to the band since the beginning of the year ?
3) Any concrete news or serious plans (gigs, recording, album release...) for the 2nd part of 2012 ?

(here come the links to the 1st part with The Bottle Doom Lazy Band, Zombie King and Barabbas and the 2nd part with Wheelfall, Eibon, A Very Old Ghost Behind the Farm and Bear Brawler) 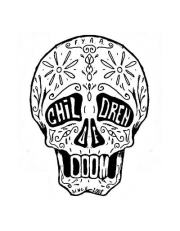 1) I think the french scene is very rich, gets stronger with the time, there's a lot of Great bands that play doom or stoner and most of them are fucking underrated here. I don't know so much about sludge and drone bands, but it seems also to be the same case. Most of the time, we hear the best things about the french scene from abroad.

2) The beginning of the year has been pretty prolific for us, we've composed a couple of new songs for the next album, we're just back from the Heavy Metal Overkill fest in Germany and we played some gigs like Doom Over Paris (Mhönös, Funeralium, Northwinds, and Cauchemar), a gig with Cauchemar (can) in Rennes... to mention some.

3) Next thing coming is the release of our 1st Album in LP on Emanes metal records, we gonna play at Malta Doom Festival 2012 in November, we gonna record our new songs for the album, and we'll see what the future will bring before the end of year. 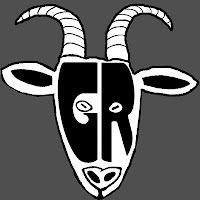 Q1 - There are good bands in France like Monarch, Barabas, Ehecatl and Huata but we are more familiar with our local scene with bands like Drawers, Bitter Chup Chup We Loose, A Very Old Ghost Behind The Farm, Whiskey &Weed and of course The Junkyard Birds. We appreciate all these bands for their music and personnality and of course most of them are good friends.

We don't have a lot of connections with the national french Stoner/Doom/Sludge/scene since they don't tour much in our area so it's a bit difficult to talk about it . But on the whole, the scene seems to be in good health.

Q2 - We self-released a double LP in January. It's a 100% DIY production. We are very proud of the result. Unfortunately, we have only played 2 shows since the beginning of the year, one with 7 Weeks and our friends of Bitter Chup and another one with Zatokrev and Impure Wilhelmina. Both shows were good, and we had a great time and fun with all these bands.

Q3 - We are going to record new material in July, but we don't know yet what we're going to do with these new songs. If we like the result, we may try to do a 7" or 10". We are going to experiment with friends who have built their own portable home studio and hope for the best.
We are also trying to book a small tour in France in October. We miss playing live.

1) It's getting more and more interesting 'cause a lot of good bands are appearing these days. Although FATHER MERRIN is a pretty young band (not so young are the band members sadly!), we already had the chance to share the stage with bands we respect like A VERY SAD STORY, SURTR or CALDERA to name a few. And people seem to pay attention to the genre again. But sometimes it's also quite sad to see that there's kind of a "trend" coming with that: all of a sudden, people worship Hammer movies, vintage clothes, etc... But I suppose it's something you can't avoid...

2) Pretty much nothing! We played in Strasbourg with our friends STONE TELLS in February and since that, we have some troubles to find gigs. 2011 was a far more active year for us: we recorded the demo track "Hellride" for promotional purpose and it helped us making gigs throughout that year, in various places (Clermont-Ferrand, Metz, etc.).

3) We hope to record an EP and release it early 2013. But since we'll do everything by ourselves, it may be a longer process. The lack of concerts that I mentioned at least allows us to have time to work on it. Besides that, we'll keep on writing music and searching for concerts. Even if it is not official yet, we shall play near Reims in March 2013 and other dates will follow hopefully. Our goal is to play as much as possible with bands coming from the same scene, in front of people that enjoy doom metal. So if tomorrow bands like HANGMAN'S CHAIR, BARABBAS, HUATA, EIBON or FATUM ELISUM are searching for an opening act, we'd be more than happy to do it! At least as happy as doomsters can be...


here's a link to Download the song "Hellride" that the band kindly gave me, enjoy it :  HERE !