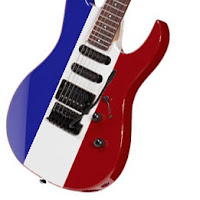 If you follow regularly significant blogs from around the world and eventually T.O.P., you've obviously read something about HUATA, CROWN, CULT OF OCCULT, VERDUN and STANGALA in the last six months, but our scene's actuality is fortunately not limited to these bands; as you'll see here, expect some more french doomed injections within the next months !!!
Through 3 simple questions, I've asked several bands their opinion about our scene, what happened to them since the beginning of this year and what do they plan for the rest of it...
This will be published in at least two parts ; so here we go for the 1st with Tos from THE BOTTLE DOOM LAZY BAND (Doom,Poitiers), Jérôme from ZOMBIE KING (Stoner, Charleville Mezières), Fabrice from OYABUN (Stoner, Bordeaux), Stéphane from BARABBAS (Doom, Paris) and Régis from SURTR (Doom, Metz)... Support them !!!

2) What have been the most significant events that happened to the band since the beginning of the year ?

1) Honestly, I don't know, I'm sorry but I don't have enough time to listen new stuffs and new bands ... So I just can talk about bands I've seen live. The best  french band I've  seen live this year was Barabbas. Killer riffs and frontman. And those guys are really really great guys. I hope we'll share the stage together soon. The same thing for Karcavul. I really enjoy their show and we have had good time with them (CHIFOUMi ! haha)
And i'm sure that the big next thing is Children of Doom ! They're better and better each time I see them. their new songs are future classics. Don't miss them or be doomed !

2) some really cool gigs and some great meetings. We played with Solstice (UK), Cauchemar (Can), Petrified (Ger), The Wounded Kings (UK) and as I said before Barabbas, Karcavul ... and of course we drank a lot of beers !!

3) For the moment, we want to finalize the arrangement of our new songs. And we'd like to record and release the new album before the end of the year.It's not really easy because of our jobs and  families. But I think and hope it will be done before 2013. So we're actually not looking for gigs. We'll just play to the Metal Magic Fest 5 in Denmark and the Hell'Owen Fest in Saintes (France)

2- Certainly, all the positive comments we've received concerning our second album, "Son of a witch"! That's just incredible and unexpected. The album is now available on Ozium records for example, it's just crazy !

3- We already have new kick-ass songs, so we'd like to do something with that, maybe a split, we don't know yet. But we'll certainly record something in late 2012 or early 2013. Stay tuned! 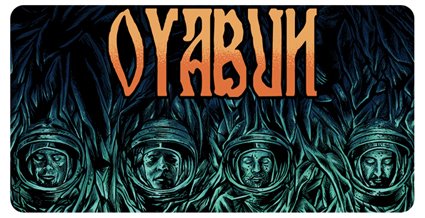 1) It's a very prolific scene, obviously, with a vast majority of very good and sometimes even excellent bands. Quite paradoxal since almost nobody cares for those particular types of music in this country.

2) The most significant event that's happened to Oyabun since the begining of this year is undoubtly our opening for Jex Thoth, last month : they happen to have liked our show, and it means quite a lot to us.

3) On that night, our set included 8 of the 9 songs we'll record next summer for our new album, The Hiss, which should be released in 2013. We're very enthusiast about it as in fact it will be the first Oyabun album (the previous one gathered material written between 2006 and 2008, when the band had a different line up and was named Mother of Pearl). I know it's one big cliché, but I can assure you it's gonna be heavy as fuck !"

1) I"m no expert but judging from my little point of view, I would say "Flourishing and diversified". Last festival at Le Klub (Paris), you had 4 french bands, each one with its own flavor, from prog to funeral.

2) You probably remember the coolest one ; the Mondo Bizarro gig in Rennes with the Bottle Doom Lazy Band and the Wounded Kings. Great bands and... cool party after the show ! (yeah definitely, great moments)

3) Yes, it's time for Barabbas to record something new ! We're currently working on a batch of new songs (we already played "le couteau et l'âbime" in Rennes) and the idea is to release a "full" album but the process is veeeeeeery slow so I don't think it will be out before 2013. We're like an old whiskey : it takes lots of time to get the best of us : )

1) The French Doom scene is stronger than ever and has a lot of bands coming out slowly but certainly. I think the French Doom movement is developing itself with a pretty large choice of faces: each one in its own style. I believe we've never seen that before in France. We get bands like Children of Doom, The Bottle Doom Lazy Band or Barabbas for the doom side, bands like Hangman’s Chair or Blood for Navajos for the stoner style or Verdun and The Pledge of Cain in a more drone/sludgy vein. The doom scene exists in all its variant styles today and that's very impressive. We also saw French forefathers Northwinds return … I think doom fans are really helping and supporting the scene. Don’t forget that doom metal is true metal and I guess metalheads need to go back to their roots today.

2) Surtr supported The Wounded Kings a few weeks ago on one of their French gig. We performed entirely our upcoming new album for the first time and we got really good feedbacks from bands and audience. It was very encouraging for us. http://www.surtr.net/
But I would say that the most significant event was maybe outside the band.... When we organized the show of Mr Wino Weinrich for the first time ever in our area. It was during his European Tour with Conny Ochs. And it seems it was also the first time since almost 10 years he hadn’t played on a boat … awesome guys! We had a really great time. I look forward to see him with the Obsessed at Hellfest this month … and of course one more time with the mighty Saint Vitus during the same festival.

3) The real concrete stuff will come in September. Indeed, we will enter studio to record our new album, which is composed of seven new songs. We are at the moment working on pre-production and arrangements. It will be rather different of our previous stuff because compositions style evolved a lot since our line-up was completed. And as we know each other very good, it is getting very fast. I find the new material catchy and it is much more varied than World of Doom concept. I hope you will look forward to listen to it. We don’t get a release date for now, but it should be out early in 2013 on Altsphere Production again.

Next part will include CHILDREN OF DOOM, VALVE, BEAR BRAWLER, BULL TERRIER WHEELFALL  and one or two more , watch out for it later this month !!!