Earlier than planed, here's the 2nd part of the FRENCH DOOMED NEWS mini interviews-serie, this time the same questions have been asked to : Wayne Furter from WHEELFALL (Nancy - Stoner/Doom), Lundi Galilao from A VERY OLD GHOST BEYOND THE FARM (Toulouse - Sludge/Doom), Jérôme Lachaud from EIBON (Paris - Sludge/Doom) and Beartrand Lefetz from BEAR BRAWLER (Lisieux, Sludge/Stoner)... Thanx to you guys ! I think honestly that (if necessary) we've got  here some more concrete  proofs of the rising diversity and quality of our scene...

1) How's the french doom/stoner/sludge scene like to your opinion in 2012 ?

2) What have been the most significant events that happened to the band since the beginning of the year ?

(here's the link to the 1st part with The Bottle Doom Lazy Band, Zombie King and Barabbas) 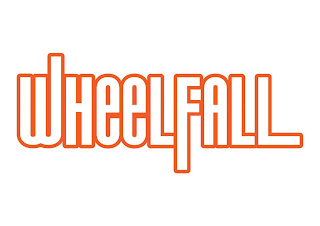 1) Hi Stephane ! 2012 seems to be an excellent year for the scene : it started with some very good records like HUATA's "Atavist of Mann", RESCUE RANGERS' "Manitoba" (yes, nothing to do with doom, and more rock than stoner but...), the DRAWERS/HANGMAN'S CHAIR split EP... And I already wait for the first ABRAHMA's LP and the next THE BOTTLE DOOM LAZY BAND and FUNERALIUM, among others.
This french scene becomes bigger and bigger, between new independant labels and new bands in a lot of genres... It's a significant evolution, and I want to contribute to it within AND outside our band.

2) I think there were three main events : the first is our gig with Pledge of Cain and The Wounded Kings. If I had to summarize, I would say "good friends and [many] bottles of wine [and beer]" haha !
The second is a gig too... our second with Karma To Burn. We opened for them with Rescue Rangers. A hell of an evening !
The third is our pre-selection for the Sonisphere Festival, which will take place in Amneville. We really want to play at this fest : we would be the only stoner/doom bands to play (with the excellent french band and friends A VERY SAD STORY), in front of an audience which mostly doesn't know much about this genre of music... Can't wait to see the response, we love that !
...And personnaly speaking, I'm a big, BIG fan of Faith No More and Mike Patton, so... We are enthusiastics for Baroness too ! But please... FNM !?! haha

3) No concrete plans for now, but be sure that there will be a lot a news soon !
Last year, we recorded our first LP ("Interzone") and a split album with A VERY OLD GHOST BEHIND THE FARM. This year, we want to release them.
The split album will come first, as an autoproduction. Moreover, we composed for it something a little different from our past stuff.
Then we'll release "Interzone" : we still are in talks for its release... You know, we really want to release this album, it's vital for us. We have to release it before moving on. We already work on some new material, but fuck, let's release "Interzone" ! And we'll be on the road again, and again...and again... of course ! Can't wait ! Thanks a lot for theses questions !

1) Even if the french scene is more and more active, in the south-west of France there is a lack of interest for the doomy side of the scene. Bands seem to prefer playing stoner then there are not many gigs for bands with a darker sound, maybe a weather issue ! The rest of the scene is very prolific but we sometimes feel like bands want to imitate english or american music rather than creating their own vision of this music, it's quite a pity !

2) For sure, it's the recording of the songs for the upcomming split-cd with our pals of Wheelfall. We didn't play gigs because we were focused on this recording and on the work of new music for another album.

3) We're peacefully waiting for the doomsday ! More seriously, we will promote the WHEELFALL/A VERY OLD GHOST BEHIND THE FARM split album and keep on working hard for our next record which is already composed, it's a concept album which deals with the local myth of the "came cruse". We look for a label to produce this record and we also hope to come back on stage soon. 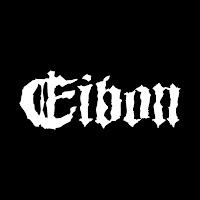 1) We do not have any opinion whatsoever on this matter.
2) We have been through Hell and back, so we are now eternal.
3) 2 gigs planed in June (Paris & Clermont-Ferrand) but most important, we have a new EP coming out at the end of the year.

1) There is no doubt that the French scene is quite flourishing. There are a lot of good bands releasing high quality music, such as Hangman’s Chair, Drawers, or the recently discovered Verdun and Valve. It’s always a pleasure to get slapped in the face listening to bands you’ve never heard of before !

2) The most significant event for us this year was the release of our second EP “Tales of Deadly Addictions”. We also did a few gigs to introduce our latest songs to the public, which seems to be quite receptive to our new sound.

3) We are working on some new material. If we can stick to our plans, we will enter the studio at the end of the year to record our first full-length album. However we want to take our time to write this new piece. Otherwise we will take part to interesting shows, a gig with Aguirre next month and this summer the FDAB “Festival des Arts Bourrins” w/ Mumakil, God Damn, Trepalium and more.