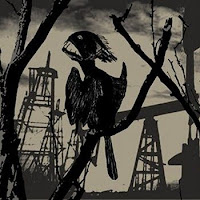 For some understandable reasons, it's always a pleasure to welcome some new cousins from Quebec in the Temple !!!

The best introduction to a new band is often to read their bio and even more if their style is pretty special, like here :

Bridges To Dreams, you may have guessed by the name, deliver a cerebral experience. Sometimes dense and noisy, sometimes calm and serene, but always emotionly charge. The music of the group transports the listener, as do themselves the universes of David Lynch and Jim Jarmush. The group’s compositions are similar to the soundtrack of a documentary or a short film. Expanding often heavy topics, such as human explotation, world conflicts, and social unrest. Bridges To Dreams reflects, raises questions… asks questions.

Having a very open and DIY approach, the group has been involved in the Montreal underground music scene for the last few years, especially through the late LFH (LoftFromHell). The LFH was a venue for music practices and also a silkscreening workshop, which also had as an objective to produce concerts to help local and international artists and groups showcase there music and art. Dave Gallant was the co-founder of the venue.

With more than a hundred live performances since they first came out of their seedy practice room in 2007, the group has acquired an ease on stage. Improvisation being a integral part of the groups identity and performance. Bridges to Dreams strives to create an experience that is both exciting and rich for the audience as for themselves."

Now that you can fix more easily the identity of Bridges To Dreams, let's speak a bit about their last album "Victims" which includes 4 songs for a 45 minutes long trippy listening... 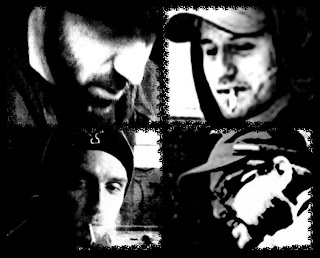 Indeed, the environment in which the band revolves is more than slightly trance-inducing, but not the kind of unrestrained psychedelic stuff, more the slow and dark genre for the most part - with a lot of pedal effects and a layering use of synthetizer.
Strangely or not, the guitarist's sound sometimes reminds me the style of Gary Arce (Yawning Man), on "Lucid Dreaming"  particularly, but instead of desert infusion, he seems to evolute in a Lynchian parallel world, full of obscurity and unknown which is piercing.
The length of the songs,  without being excessive (from 7 to 10 minutes), let place for a little droney edge which can take source into or lead to heavier moments in a nice TOOLesque shoegazing (1st part of "Intérieur du Delta", "I Called Her Storm"), or to gloomier and almost introspective moods not too far some Ulver's ambiances -before they came too close the bright sun- !

The absence of vocals doesn't imply any particular comment, the musical climates suggest a certain imagery which in fact is a sufficient substitute to any vocal interpretation; there's still some movie samples which are introduced here and there, most being pretty accurate to accentuate thrilling atmospheres but some others are more dispensable (in "Eye Explode" and by the middle of last song, too omnipresent and long).

All in all, with this "Victims" (their third release, watch out for previous stuff on their bandcamp) proves to be a very nice unexpected surprise and as (humbly) suggested, it constitutes a true experience which awakens the senses without being too twisted, it privileges  heaviness and aesthetic; seing them live with (I presume) some nice dark, cold and oppressive visuals, plus a great dose of improvisation must be something amazing... ahhh le Québec, je me souviens (si bien) !