an interview with Felipe from Chilean Doom masters : PROCESSION 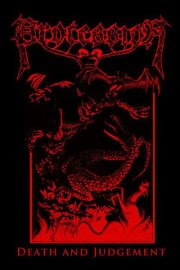 If there's a band to highlight when thinking about South American DOOM, it has necessarily to be PROCESSION from Chile... In no more than two (great) albums, they managed to establish their name in the yet very closed court of bands that count in the trad' Doom scene. With a nice emphasis for the authentic sound of the 80's, a very dedicated attitude towards their fans and the scene in general, an accomplished sophomore album "Destroyers of the Faith", plus finally -but not the less important-, a faculty to provide epic and memorable live sets, the band has gained a deep respect throughout the world but more especially in a great part of Europe. This is where Felipe is (partly) now living, in Sweden more exactly...
Thanx to common appearances in various festivals that created a true friendship between them, my great friend Nathaniel Colas (Underground activist and vocalist in Résistance ) interviewed a few months ago Felipe and asked him about his adaptation to this new life, the actual chilean scene and a few other interesting things...

Doom dancing greetings Felipe! Now that you have one foot in Chile and the other one in Sweden; I’d like to know how you feel as a metal wanderer. Any big cultural shocks? I mean, Chile is a country with catholic background and Sweden is heading toward the protestant side. How was it to adapt to another continent and country? Did you ever think that one day you could befriend with Messiah Marcolin?

Felipe:  Blue Cheers Nathaniel! Well to be honest not “that” hard at all, as I guess I´m still adaptable .... Mostly considering you don´t mess around with too much people where I live, though I gotta confess I have become a more isolated person since I moved. Almost only going out to get beer and then straight back to the turntable hehe…Well the thing with Messiah is no big deal, we made a gig for Candlemass in Chile back in 2006 and we´ve been in contact since then, cool guy and always interested in heavy metal!

It seems that you established connections pretty quickly with the Swedish metal scene. Even though PROCESSION is consisting of Chilean members you have the help of Scandinavian dudes whenever you have to play a gig that the Chileans cannot play. Do you intend then to record with a Swedish line up too? Are you also perhaps interested in starting a new band or project with some Swedish bangers?

F: Mmm, to be honest i´d always prefer to record in Chile, we know the studio, we know the engineer, we know the surroundings…it feels like our own environment, appropriate to just focus on the music you know. And cheap as fuck! Compared to the budgets you manage here in Europe…but anyway, “the unknown knows” so far, maybe for some splits we´ve planned I end up recording with Uno and Jonas…but the next album is definitely gonna be recorded in Chile next year. About new projects…i´ve been doing some guests vocals here and there and now i´m collaborating with Jonas and his project called VEIN…more news when it´s out and sounding! 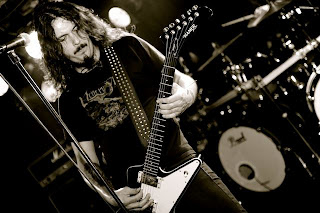 About your last album I remember that the recording session was delayed due to the quite terrible earthquake that took Chile by surprise.  How strong did this affect you and your relatives and friends? Did the DM6 studio suffer from it as well?
F: Well, it was a big one indeed, mostly affecting the south of Chile. Personally, no things to mourn, I just remember jumping off my bed and trying to take all my records and guitars under the door frame, as they say it´s the only thing that stands after everything crumbles down haha! The delay at the studio was mostly because yes, there were some small things screwed by the shaking, so they took the chance to remodel and that delayed us 1 month.

Chile’s metal underground is really doing well these days. Whenever one feel like listening to good traditional heavy metal or the most extreme forms of metal there’s always some jewels to be found in your country. What do you think of people behind PONZONA zine, PROSELYTISM records, KURAVILU prods, COMPILATION OF DEATH zine? It seems that the Chilean scene is, like the Swedish one is very incestuous. Often the same people in 3 or 4 bands. These people seem to be very much into a kind of hermetic dogma about metal. What do you think about it? Are they in fact more open-minded than what they pretend? Héhé

F:  You´re right there, I know all the ones you mention… and actually Gabriel (CoD Zine) and Carlos (Kuravilu) are really close friends of mine. Daniel (Ponzoña Zine) in the other hand, is an awesome graphic artist and has being tattooing my arms too. There seems to be something historical on the real underground southamerican scene since the 80´s/90´s you know, this narrow minded hermetic attitude and feeling that you mention. Everyone feels like having the right to comment negatively about anything if they don´t agree…and sometimes that’s constructive, but most of the times destructive for our own scene. But I understand it and respect it…as I see a scene packed with backstabbers and double faced people, so the only solution is doing things on your own or staying at home like a hermit! But one thing is for sure: the reason why the southamerican scene feels so attractive and unique to European bangers its definitely related with that radical/extreme attitude. I think it´s good, metal is supposed to be dangerous and a constant challenge…but more than with others, with yourself. 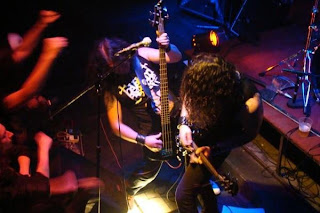 I remember you told in an interview for LORDS OF METAL zine (Netherlands) that PROCESSION was created almost out of the blue. It was just the pleasure to play old fashioned doom metal. Though I’d like to know why the alchemy wouldn’t last with the same members until today. What do you feel you can bring to doom metal fans with PROCESSION?

F: That´s true and the feeling stay the same my friend. The alchemy got destroyed by lack of commitment and irresponsibility of Daniel, the first bass player and who was the other arm of Procession back then. At some point, after the first tour, I just felt like I had to clean the shit and start, kinda again, with people I could rely on, musically, personally and tactically, you know…
What we bring is our own vision of doom, I always say we´re heavy metal people playing doom metal and that means we listen and collect loads of different bands and genres as long as it sounds honest and heavy. What we do in Procession is trying to take elements from all the genres we like and blend them in a slow monster machine and I think we manage to sound fresh after all because of the same.

Here’s a little comment game. Feel free to tell whatever you think about these words.

-    Religion and doom metal: it works as with any other genre...as long as it doesn´t sound pathetic as Place Of Skulls!
-    The “true/poser” debate: a trend, but necessary. You know, in Chile some bangers tend to refer and use the word “true” as something negative, against all this narrow minded attitude, etc. I say it´s just about being honest, consequent and mostly a believer in that there´s still spirit in metal, it´s still worth it to have bands, zines, studios, collect records, go to gigs, etc. Those who don´t see it that way it´s because they´ve just become old and boring and simply never believed…self-exile call!
-    COUNT RAVEN “Mammon’s war”: aaah, the perfect sequel for High on Infinity! Massive all around…Though, didn´t like the lyrics too much, you know, still pretty social and stuff…but missing some more straight forward topics like in the past. Also, Fondelius is apparently in love haha…
-    The raven of disease: that´s me on a Sunday morning after a night of Guinness…
-    Metal in the next 10 years. A progression, a regression or a stagnation?: There´s so much consumerism now, that it´s gonna take a while to go down again, you see small labels getting bigger, big labels getting huge again, festivals all around, etc…So we´ll basically keep on progressing from the regression haha.
-    What music gives you the thrills these days (not necessarily metal): well I just received this LP from Anima Morte (Swe) which is inspired in all this giallo soundtracks and horror inspired stuff like well done in the past by legends like Goblin. That one spins here a lot when hangover hehe…Also the (finally released) album of Quicksand Dream (Swe), Asomvel (UK), your band Resistánce ( seriously!), everything from Ascension (Ger) and the latest Urfaust (Hol) LP.
-    SOLSTICE, you’re gonna sing in SOLSTICE!!! “You bastard” says Ozzy Osbourne: “Alright now…won´t you listen?”…yeah, it was just a guest appearance in Greece for the last Up The Hammers festival, the guys are looking for a stable vocalist now, but I stepped in so they could play that gig. It was a great time, we only played songs from “New Dark Age”…good eh?!!?! And fuck, it´s one of my favorite bands ever so I can´t say it was hard haha. They have loads of new material, all bands are gonna quit when they release the new album! ( but Procession, of course!) 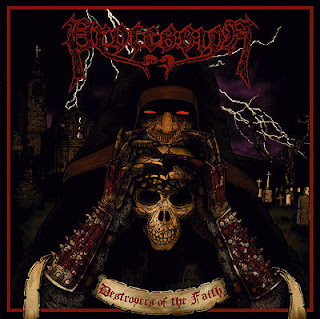 Thanks for your precious time and absolute dedication.  To finish this interview I’d like to know what you think of humor in metal music… Oh, and you can obviously do some shameless self-promotion, of course! Héhé! Cheerz.
F:  Humour is good in any aspect of life, as long as you don´t make a clown of yourself…Damn man, you know what, Motörhead is playing in Chile tonite. And i´m so far from  it! There´s always a special feeling with it, last time when they played there loads of friends from the south came to the city and stuff, the concert was amazing, the whole crowd went to the same bar afterwards hahaha… and I got punched in the face on a stupidly massive moshpit! So to those good times and good friends getting drunk and going crazy tonite, I´m enjoying some Duvel and listening to my Motörhead vinyls until the sun goes down…so what to say, had a great time answering your questions!
Live fast, play slow!


The most fresh news about PROCESSION concern the release of a TAPE version from the 2nd album, get all the infos here at their FB page or by writing at processiondoom@gmail.com... For any eventual latecomers, the album is still available through HIGH ROLLER (vynil) or DOOMENTIA (cd) ....

A very special THANX to Nathaniel, one of the most competent and dedicated french guy regarding UG METAL under all its forms and a damn fuckin good singer too !!! In fact he was supposed to start an old schoold zine with a friend of him but now the project can't see the light of day, so he kindly proposed me some fantastic stuff... Next week, we'll have the luck to read an interview from him as Résistance done by Simon from THE LAMP OF THOTH / ARKHAM WITCH, soon followed by another interview from SLOUGH FEG... cool :)